UNIX is a command line operating system which is multitasking, portable, multi-user computer operating system. It has some time – sharing configurations. It is considered as a

The master control program of UNIX is kernel and the kernel has full control over the entire system. It is having a subsystem that has services to file system handling, memory management, and start and stop programs.

Linux is a command line operating system which is derived from Unix and is a continuation of unix. Its distribution are very popular and healthiest. Linux is just a kernel and not a completely developed operating system. Most of the software in Linux distribution is free and open source. The square brackets are used to defined the condition for test command. For example, to test the UNIX or Linux shell command. If the file is specified by first positional parameter of shell procedure $1 doesn’t exists or is of size zero, the test command displays the message. If $1 exists and has size zero test command displays nothing. The shell procedure is given a few or two positional parameters or file specified by $1 doesn’t exists, than the shell procedure exists. If $1 exists has a size greater than 0 the test command displays nothing. Unlike Unix, the Linux test command checks the file types and compares all the values.

Everything in UNIX or Linux is either a file or process. A process is a executing program identified by the unique code called PID- process identifier. A file is a collection of data. They all are created by users using text editors, running compilers etc. 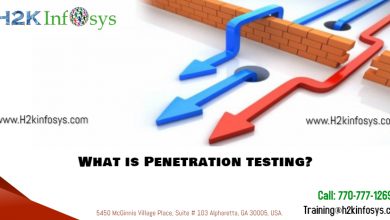