Black box testing is performed when the executable code is available for testing of the new system or the application and there is no need of source code to execute tests. The development team, testing team, and group of end users are the best people to perform black-box testing. The testers play an important role by contributing their test planning and execution expertise to perform positive as well as negative black box testing. End-user play their role contributing their knowledge and expertise of business behavior to be expected of the new system or the application. Developers share their knowledge of business behavior implemented in the new system or application. So, the testers run the black box testing with the help of developers and a group of end-users by verifying the expected outcomes against the actual outcomes.

For the introductory investigation, analysis, and design phases, only one testing strategy to be planned that specifies static testing for the software under development. At this point of time in the Software Development Life Cycle, the software only exists in the form of documents such as requirements specifications, data structures, etc. So, at this stage only the documents are tested as no code has been written yet. There are two issues concerning this testing strategy during the software development life cycle which include:

For the introductory construction phase, there are three testing strategies to be planned that specify static testing, black box testing and white box testing for the software under development. At this point of time in Software Development Life Cycle, the software exists in the form of executable program source code, data and program code. So, at this stage environment set up documentation, program source code, data and program code are tested. Newly written code paths and code input/output behavior are also tested under the white box and black box testing strategies.

For the concluding construction phase, there are three testing strategies to be planned that specify static testing, black box testing, and performance testing for the software under development. At this point in time in the Software Development Life Cycle, documentation such as user guides, training tutorials, installation guides, operating manuals, etc., created in the later phase is to be tested. The black box testing that is the testing of complex code input and output behavior continues in this phase. At the final stage of this phase of testing, it is verified that the new software installs and operates correctly in its documented production environment.

The most successful and feasible way to create and deliver the testing is documenting the endeavors into two separate entities:

These are the systems or software and applications or group of applications that are covered in the current testing effort.

These are the specified goals that are supposed to be attained for the particular systems or applications for testing. Testing goals must be measurable and achievable within the predefined timelines and concentrate on the business needs and potential risks.

Testing resource requirements must be forecast appropriately and the project expectations set accurately. The test plan should clearly state what to be tested and what not to be tested.

A person from the technology or development side having Technical expertise is required to enter and help the Testing team to design, interpret and execute tests concerning the targeted technology environment as the Testing team might be unaware or unfamiliar with the new system’s languages and databases developed by the development team.

Testing strategy is defined for the system or application under test.

This consists of the testing details for each development phase which include:

The notation ‘Repeated’ is used here to specify that the above list of item is repeated for each development phase.

After writing a test plan, the most important outcome that comes into the highlight is a list of test cases. In the beginning, the Testing team recognizes the test cases as high-level testing requirements with respect to the new systems or applications Business requirements, and risks or software Specification. As the detailed requirements are identified by the development team, the testing team enlarges the test case to incorporate detailed testing instructions and expected outcomes.

This is a string of numbers and letters, and the test case document is uniquely identified by this distinctive test case Id. This test case Id is already defined at the time of test plan design.

This is a label with a short description of the purpose of the test case. This title is already defined at the time of test plan design.

This is the description of the title that gives additional details about the purpose of the test case. The brief description is already defined at the time of test plan design.

This links to the development phase part of the test plan that defines this test case.

This item identifies the hardware, software, and data at hand for the test execution. IT also determines how the needed software and application under test should be set up to enable the first step of test case execution to be attained.

This item determines how the software and application under test should come to a stop smoothly. This allows the software activities to become inactive slowly and the software to stop normally.

This consists of the step number, step action, expected results, and actual results. The notation ‘repeated’ is used here to specify that the list of items is repeated for each step number.

This item captures the date and time when the first attempt is made with the steps of the test case.

This item evaluates the number of attempts needed to achieve successful execution of the test case.

This item logs the genuine software defects found by the test case.

This item’s response is possible only when the first attempt is made. The response can be Yes or No depending on the success or failure of the test case execution.

Top Interview Questions and Answers for Python in 2021 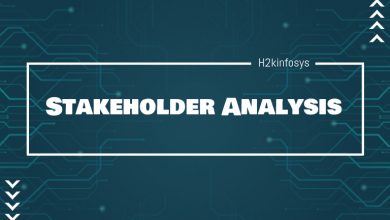 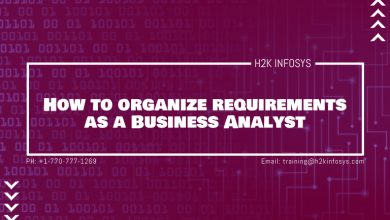 How to organize requirements as a Business Analyst 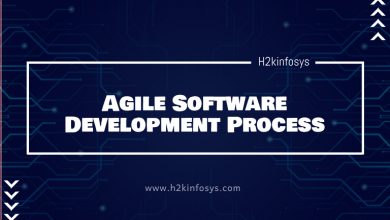