Many false assumptions are flying around about Software Testing. These false assumptions are known as “myths”. Have you decided to put a software product under development through testing but you are wondering if it is necessary? Or are you having doubts about the importance of software testing due to misconceptions you’ve heard about it? Maybe you are even excited to get started but someone ruins the excitement by reminding you of the risks involved.

In this article, I will take the time to debunk common myths in software testing.

There is a high tendency that people will find the testing of software applications time-consuming and uninteresting. This happens if you don’t do it the proper way and people have this misconception because they see it as a repetitive process.

The Fact: The truth is, software testing can be very interesting and challenging if you understand the basics and how to execute the tasks. A quality tester will think differently because they understand how to carry out software testing the right way. It is about observing, exploring, studying, and analyzing software solutions.

When we talk about “software testing expenditure” it means the money spent on testing software products and applications. The process of testing software can be tedious which sometimes leads to spending a lot of money. However, spending such money is inevitable because it prevents spending more money later.

Launching a software product without adequate testing will only render such a product useless. So, it is important to spend money on software testing.

One major aspect of software testing online training is the introduction to testing automation. The software testing process has seen massive improvements over the years which includes the design and development of testing tools and equipment. Today, testing of software applications is not carried out by human testers alone, it can now be automated. This is a welcome development across the tech world.

The Myth: A major false assumption concerning software testing is the idea that testing automation tools will replace human testers. These tools are designed to assist human testers with complicated testing processes rather than rendering the testers obsolete or useless. It is a major myth that needs to be debunked.

Hence, software testing automation tools are designed to aid human testers for testing stages that are rigorous and time-consuming. They can’t replace them.

4. Software Testing Can Be Done by Anybody:

The Myth: The major misconception here is that anybody without the knowledge of quality testing can execute a testing task. Many even think experience or skills is not necessary and all that is needed is to follow test case instructions.

The Fact: The actual reality in software testing is the fact that it is done mainly by testing experts. These are QA professionals that are certified in QA training and placement courses. Their knowledge and experience in the field will ensure that the testing of software is done professionally to yield quality results.

A common belief among newbie software testers is that software testing is all about detecting bugs. However, if such a newbie has undergone QA training for beginners, he or she will understand that there is more to software testing.

The Fact: The objectives of software testing are to find errors in software such as bugs and glitches but it also includes analyzing user requirements, reviewing a software product architecture, providing user-friendly techniques, and so on.

6. Tested Software Should be Error Free:

Errors can occur in a software product due to bugs and when it happens it makes a software application malfunction. To prevent this, testing is introduced during software development. However, a tester with excellent software testing skills can’t assure you of bug-free software because certain factors can change.

The Myth: Most clients and project managers believe the software testing process should ensure that a software product is error-free. This is a misconception that puts pressure on the testing team to deliver a perfect job.

The Fact: No matter how well a software testing procedure is executed, the testing team can’t guarantee that the end product will be 100% free from bugs.

7. Software Testing is Only Executed on Fully Developed Products:

Testing is carried out in several stages of the Software Development Life Cycle. This model involves employing an approach that ensures testing is carried out after every product functionality removal or addition. This will help software testers and developers understand how the entire software system works. Testing should not be carried out on software products that are fully developed alone to avoid creating difficulties after the product must have been launched.

The Myth: Clients assume that only fully developed software products are tested, which is a serious misconception in the aspect of software testing.

The Fact: Tests are carried out based on the source code and test cases outlined for a particular software application. It is done during the development stage of a product and after a product has been developed. If you only carry out testing after a software application is fully developed, you can encounter problems that will be difficult to solve. You will understand how to apply testing techniques if you enroll for software testing online training.

The process of testing a software application has different stages and the reality of the process is that every vulnerability can not be figured out. This can lead to the product or application not being perfect after it has been released.

The Myth: Clients think that software products and applications passed through testing should yield a perfect outcome that meets user demands.

The Fact: Software testing does not guarantee that a software product will be perfect. It will ensure it meets user requirements but there’s always a tendency of slight errors occurring after the product has been launched.

The time that a project is completed and ready for delivery is dependent on several factors that involve both the testing team and the development team.

The Myth: Product consumers and end-users believe software testers are mainly responsible for the delay of project delivery. This myth is a result of testers being in charge of detecting bugs, reporting the error, finding a fix, and retesting to ensure software products are error-free. This extensive procedure gives end users an impression that software testing slows down a project.

The Fact: A software application or product can not be launched if the software development team has not completed their tasks. This means that testers have to wait for the dev team at different development stages to carry out a test. Testing doesn’t delay projects but improper planning and unrealistic expectations do.

The Myth: The misconception is that testing is the same as quality assurance.

The Fact: Quality assurance is far different from software testing as it offers more.

In life, we tend to set certain expectations for ourselves but get disappointed when we see a different outcome. This is where the reality of life sets in. Just as it is with life, certain software testing expectations are not true.

It is important to understand valid facts about software testing and do all we can to avoid dwelling on the myths. If we dwell on these myths, we will get highly disappointed about the whole software product testing process and outcome.

If you dwell on false assumptions, proper testing of software products and applications will not be carried out. This in turn can lead to the creation of software products that are insecure for use and less productive. Myths can be damaging, so it is important to avoid allowing them to have an impact.

As you already know, end-user requirements have to be fulfilled when developing a software product. Therefore, ensure you get rid of myths surrounding software testing to enjoy a proper execution of the testing process.

What can I do with a python certification? 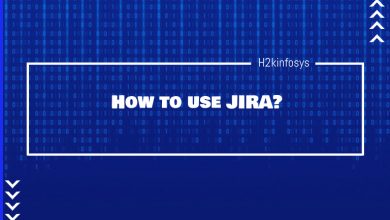 How to use JIRA?

Why do you need to do Performance Testing? 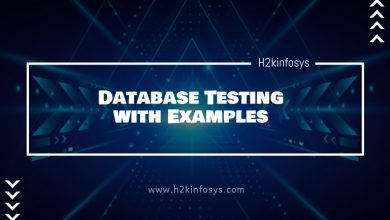