In light of the current software industry’s progressive embrace of automation testing, testers are eager to identify the finest technology for streamlining their work processes. Selenium comes to mind when we discuss dependability, simplicity, and adaptability. Due to the multiple advantages, Selenium provides testers, it is one of the greatest automated testing solutions available. Selenium also supports a number of programming languages, lest we forget.

Large organisations around the world strongly like Java, which was developed by Oracle Corporation and has been around for many years. Many people are comfortable using Java programming to automate tests. Most businesses now use Java as their primary programming language because of its dependability. Additionally, becoming proficient in Java might help you find numerous work prospects in the field of automation testing.

In every country, Selenium testers prefer Java. The fact that a sizable global user base exists for the language is one of these considerations. As you are aware, Java has been available for some time, and both novices and experts can use its extensive resource library and frameworks for a variety of applications.  This makes Java one of the best programming languages to learn for selenium testing.

You don’t need to worry about the advanced level while learning Java for Selenium because it simply needs a rudimentary understanding. This will enable you to start testing while you simultaneously learn.

However, in order to include Java’s coding syntax in the test scripts, you must invest the time and effort necessary to learn it. It includes a large number of open-source libraries and a built-in stack allocation method.

Selenium WebDriver and Java Unit work well together to enhance the capability of automated browser testing for websites and web applications. Java is one of the most important languages to learn if you want to run effective test scripts because it was used to construct numerous open-source frameworks.

According to the 2019 Stack Overflow Developer Survey, 73.1% of respondents chose Python as their preferred programming language. Thus, it emphasises the enormous longevity of popularity.

But for the test script to be effectively executed, you must have a concept of where to implement the programs. The greatest language to learn for novices who wish to learn how to write test scripts is also one that has a very simple syntax.

Python offers a large number of resources and an open library, which is another argument in favour of using it for Selenium. Python is available for free if you enjoy free things. It also enables developers to complete tasks correctly without having to write new code for each one.

Microsoft’s C# is a well-liked programming language that is frequently chosen for the test automation process. OOP is among the C# ideas (Object Oriented Programming). This programming language, which makes use of the.NET framework, processes test scripts for automated testing relatively quickly.

When the C# programming language is used, all Windows, iOS, and Android applications may be tested efficiently. This language’s skill has produced outstanding results in the past, making it arguably one of the best programming languages to learn for automated testing.

To facilitate and ease the automated testing process, C# also includes the ability to integrate with Selenium WebDriver. This language offers a few user-friendly characteristics that make it successful in the field of automation testing. As a result, make time in your calendar to learn C# if you intend to learn additional programming languages for creating test cases.

Many Selenium testers are proficient in Ruby, which they find to be superior to the other languages on the list.

Ruby’s compatibility with many security frameworks is one of its best features. When working with Ruby, data and test scripts are extremely secure and cannot be taken over. Ruby will win you over if you’re a tester who enjoys writing programs because it’s simple and enjoyable to do so.

Finally, you can freely and anytime access the many resources that are offered. And one language that makes it possible to finish the testing process rapidly is Ruby. If you wish to take advantage of these benefits, think about using Ruby for your Selenium tool.

As a Selenium tester, It will be simpler to write test cases or scripts if you are familiar with any of these programming languages. Applying for a Selenium online certification course will allow you to investigate your options.

What soft skills does a Business Analyst need to master 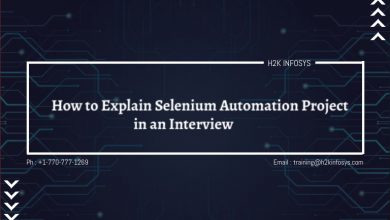 How to Explain Selenium Automation Project in an Interview 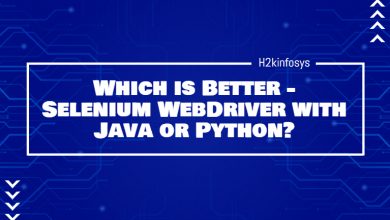 Which is Better – Selenium WebDriver with Java or Python? 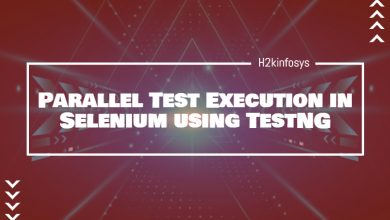 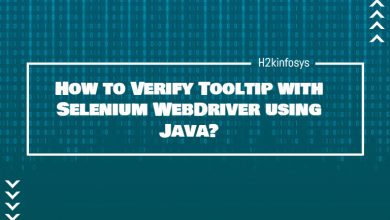 How to Verify Tooltip with Selenium WebDriver using Java