Python has unquestionably emerged as one of the most popular programming languages in use today. Python has been among the top coding languages for a while now, according to statistics provided by reputable survey websites. If Python is chosen as the major language instead of another one like Java, C++, or PHP, there are a ton of benefits. Since we want to talk about web development, it’s surprising that Python has reached its pinnacle in that field as well. It has a ton of features and improvements, and over time, it has grown in popularity every day.

The most important thing, from a developer’s perspective, is to choose a language that can easily produce the desired results. This is especially important when it comes to web development, where there are various things to take into account, such as database management, security, and data retrieval. Since most programmers have been using Java, PHP, etc. for web development, they are still unsure of how these elements relate to Python, but even major tech companies like Netflix, Google, and NASA are now actively using it.

Here are 4 justifications for using Python for web development.

Python makes it relatively easy to establish database connectivity, and major databases like Oracle, MySQL, PostgreSQL, etc. may be readily accessed (even implemented) and called up by their respective APIs as needed. Mention the demographic illustration below for the most accurate illustration of connectivity establishment.

The following are some of the most popular DB connections:

Steps involved in this process: Database connectivity in python consists of 5 major processes that include:

In contrast, Multi-purpose can simply be referred to as a multi-functionality possessing the ability to operate in various ways.  Surprisingly, a developer can use simple techniques to produce software quickly and effectively. This platform is completely free and available to everyone because Python is an interpreted language (easy development process), and it also provides platform independence, meaning Python code can run on any computer without requiring any modifications (such as Linux, macOS, etc.)

In addition, Python has numerous other applications:

Python excels at web development and has a wide range of frameworks to choose from. Django, Flask, and other tools are among the most widely used.

To prevent any cyberattacks, developers are actively employing highly secured tools for malware research; technologies like NumPy, Pandas, etc. are thought to be the best options.

This makes Python one of the most demanding languages for organizations of all sizes (small to large), which is why it’s a great option for web development.

There are a lot of frameworks that aid in site development and are simple to integrate into your project. Python frameworks won’t let you down for sure, and that includes by providing improved security for both simple and complex websites.

A Framework is a program that offers improved features on top of any programming language when trying to construct something useful. There are a few helpful frameworks available in Python that facilitate the development process and allow programmers to create sophisticated features. They include bundled programs and modules to enable multiple implementations.

Some of the top and most widely used Python programming frameworks are:

It has all the contemporary features that can enhance web applications. To access all the desired options, you only need to install this on your PC (including template engine, user authentication system, etc.) In addition, it is regarded as exceptional (primarily due to its functions) and fits well on any project. These capabilities increase its adaptability and scalability.

The goal of flask is to create a framework that can scale any project quickly. For standalone applications and prototyping, Flask is a good option. It is a micro-framework built on Jinja2, which is a template engine, and has more of an emphasis on streamlining functionality.

First released in 2002, CheeryPy is one of the most established minimalist frameworks and quickly rose to prominence among programmers. Apps can be put anyplace that Python apps can run because it is an object-oriented, open-source (free to use), and framework.

You can learn more about Python frameworks by checking out our online Python certification course.

4.Expanding base of community.

According to a recent poll, over 10 million developers are actively contributing to building a solid foundation and providing their opinion anytime someone needs it. The number is large and was mostly created to correct mistakes made in language design. Every day, active developers throughout the world publish, view, and respond to hundreds of requests.

Their community also helps in solving complex problems that you might not find anywhere on the internet and whenever you’re working on any project in any organization, there might be circumstances that can put you in trouble, so next time, don’t forget to visit its official forum for finding out the answer. If you’re at the beginner level, you can also check out a good online Python training program.

With these reasons, it is certain that Python is very good for Web Development.

A Guide to Implicit, Explicit, and Fluent Waits in Selenium 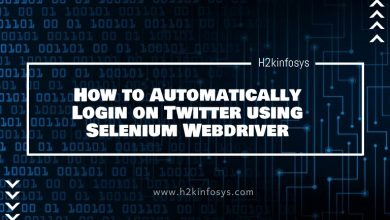 How to Automatically Login on Twitter using Selenium Webdriver – Python 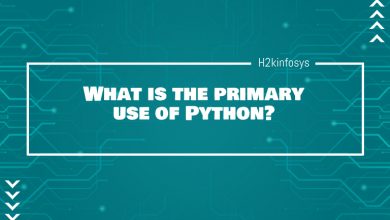 What is the primary use of Python? 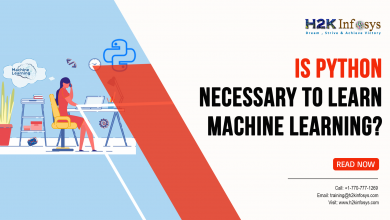 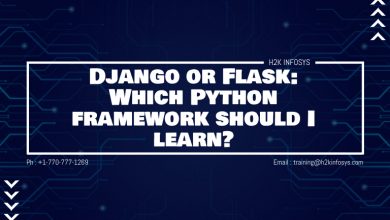