Test Automation is one of the most important aspects of developing software. More specifically, it is assumed to be a compulsory stage for the completion of the development process as it seeks to test the efficiency and general effectiveness of the software. Due to its importance and variety in programming languages, there are different types of automation software testing methods such as TestComplete, Selenium, etc. Looking at the numerous features of Selenium Testing, it has become one of the favorites for programmers in the field. More importantly, understanding this automation tool is easier with Online Training for Selenium available. In this article, we will example the best practices for Selenium Test Automation. Here we go.

The development of software by a programmer doesn’t mean it will be concluded by the same person. At times, there is a need to rearrange and modify the written codes to suit a better purpose for the company or office. At times like this, disorganization of the test suites and cases will only add to the bulk of the work about to be done. Therefore, as a developer working on a project, make it a habit to properly name the test cases and test suites as this will avoid going through the implementation process again. Also, in cases where the software fails, naming the test cases and suites helps in locating the exact spot for examination.

Another practice that you need to have on the ground before selenium testing is enabling sleep calls. No doubt, the ability of the testing process to run through effectively at a set speed relies on many factors which include network, device, location, server, etc, however, one of the biggest factors that can slow down the process is blocking sleep calls. Sleep calls are a process that is enabled on a device set to delay the running of a particular program for a period. While sleep calls may not be the major reason for the long delay, it can sum up with other factors to create a time lag. For example, a single-threaded application on sleep calls will experience a delay in time and process activation. But picture an application running within split seconds, this will create an overwhelming experience for the programmer as they can focus on other things instead of looking for areas with delay. Instead, you can make use of Selenium Wait Commands when testing.

Here, we have another factor that can hinder the best practice of automation tester selenium. Technology has advanced a great deal and there is an increase in the level of research in the tech field as well. This has given birth to new ideas and applications that have proven more effective than previous ones. When working with Selenium on particular browsers, the process may experience a few hitches due to the outdated features. An example of this is Internet Explorer. However, when you are in extreme cases with no alternative, one way to boost the efficiency of selenium testing is by setting the Browser Zoom Level to 100 percent. This change in setting changes the feel and ensures the right coordinates are used. But, ensure to have the Protected Mode Settings for the zone right because it may result in an error message.

One of the best practices to do for your automation tester selenium is to ensure frequent testing is done. The previous way of testing cost a lot and had severe implications on the software as well. Therefore, there was a paradigm change to Shift Left Testing and this paved the way for the involvement of testers from the initiation stage. This has given a more understanding of what the result will look like and encourage more input from the testers. Ultimately, it is used to improve customer experience.

Setting up a BDD framework is common during Selenium Test Automation. BDD is a framework that stands for Behavior Driven Development. This is a framework that allows the testers to write the automation cases in simple terms that won’t be difficult for anyone to understand. This also further strengthens the relationship between the testers (technical) and the business department in the organization. Furthermore, writing the Selenium Test Automation using the BDD framework helps create more organized requirements and specifications. This in turn helps the developers, testers and other people involved save more time in creating the software. You can get knowledge about setting up an effective BDD framework by enrolling in Online Training for Selenium.

Before going on with your testing, you have to select the best test automation tool. This is one of the most important decisions to make before starting. Here, suggestions will be reached after careful considerations have been made. One of the important considerations in selecting the right Selenium Automation Tool based on the end result seeking to be achieved. For example, you have to consider if the automation tool is compatible with the platform to be used.

After you have started the process, ensure to remove all hindrances from the way. All you need is to create a goal and follow it strictly. Getting hitches from unstable tests is something to be avoided. Then, you should always know that tests may fail along the line, and even pass through when something is wrong. It is a two-sided thing and can be avoided.

To become a professional in Selenium Testing, there are tons of Online Training for Selenium to enroll in. From this article, you should have an idea about how to ace your testing and avoid any hitches along the line. Automation Tester Selenium is a flexible tool that can be effective for your software testing. Remember to continue trying even when an error comes, it will become effective eventually.

Major Factors to Consider in Building A QA Team 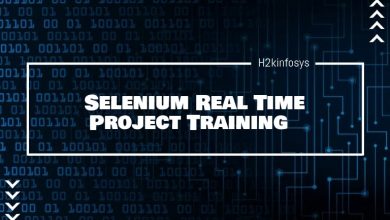 How long will I take to learn Selenium? 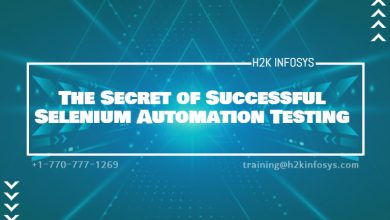 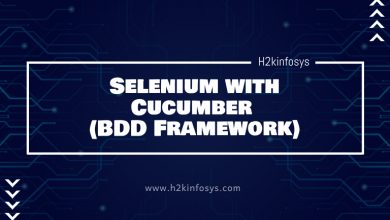