You may have heard. In October 2020, Python become the #1 top programming language according to TIOBE’s index. This is big news for Python developers as this spot has always been occupied by C or Java in the last 20 years. But how did Python suddenly become this popular? The major reason would be its flexibility and multiple use cases. If you want to build web applications, you can use Python. If you want to build machine learning models, Python is your #1 tool. The same thing goes for software testing, cybersecurity, game development, virtual reality, data science, and so on. This explains why there is an increased need for Python certification.

As of the time of writing this article, there are over 8.2 million Python programmers around the world and this figure will only increase as time progresses. It is said to have an annual growth rate of 27%.

Here’s the thing. Python has some interesting features that make it the top choice for companies that want quick and robust digital solutions. To crown it all, Python is now being used for enterprise applications. In this article, we will discuss why Python is adopted for enterprise applications, against other popular languages such as C, Java, or Ruby.

To get started, let’s understand what enterprise applications are.

What are enterprise applications?

Why is Python used for Enterprise Applications?

With Python being an open-source project, there are numerous open-source codes that can be used for enterprise applications. If you want to build functionality for your GUI application or game, you do not necessarily have to build it from scratch. Chances are that there are codes you can grab from the public space that would get the job done.

In addition, the Python package itself offers some great tools that you can use to build prototypes for your enterprise applications. Thus, you can build quick and simple enterprise applications without any third-party application. What’s more? Since Python is an open-source tool, there are constant updates to make the modules even more efficient, and bug-free.

Scalability is the ability of a system, application, or network to handle an increasing amount of workload, without fail. When designing enterprise applications, scalability is an important consideration given that the end-users are usually relatively high. Against the backdrop that Python is not as fast as its C and Java counterparts, Python can still be used to achieve the high speed those languages provide.

For instance, Python can achieve C-live performance when the CPython implementation is used. With CPython, you get interesting features of C while still working in the Python environment. The same thing applies to Java. You can use Jython to compile Python code to Java code. This allows you to utilize both Java libraries and the Java virtual machine.

These two implementations appreciably increase the performance and scalability of Python codes to Java and C possibilities.

The essence of using a language is to build real things that solve problems. Python is one of the few languages that allow you to build real-world applications in a short time. In machine learning, for instance, Python can be used to build a face recognition model in less than 10 lines of code. You can also build a recurrent neural network, a linear regressor, or an XGBoost model in a few lines of code.

When recruiting, a consideration hiring managers check is how quickly the programmer can adopt a new language. This is why Python is another reason Python is used for enterprise applications. Its easy syntax makes it easy for programmers who are not familiar with Python to get comfortable with the language in only a matter of months. There are no unnecessary coding conventions or low-level coding before you can build a working application in Python.

Another perk this brings is the ability to read someone else’s code easily. Again, recruiters want to ensure that their source code is not too difficult for new recruits to understand. Of course, since they can’t improve on it if they do not understand it, it is important that source codes are written as simply as possible. Python does just that. As a Python programmer, you can read someone else’s code with fewer chances for confusion or ambiguity.

Python is regarded as a highly productive language. Why is that? It’s because, with little effort, you can achieve so much. As earlier said, you can build real-life applications in shorter lines of code. In addition, there are third-party modules that allow you to build specific functionality for your application without reinventing the horse. You would not have to go through the hassle of writing every single functionality from scratch, saving you time and increasing your productivity.

Also, Python permits you to make fast code review, changes, plugin installation, and other necessary things when you need to improve your code. This is exactly what enterprise applications need to deliver quick app updates and releases.

Some Big Companies that use Python in their applications.

Here are some of the companies that use Python actively:

It is seen that although Python is considered a relatively slow language, it is widely used by big tech companies. There has also been wide adoption of Python and its popularity is only bound to increase. If you are looking to build enterprise applications, Python should be one of your top considerations, especially if you want a quick and less stressful alternative. Want to get started in Python? The first step would be to join a reputable online Python course.

A Day in the Life of a Business Analyst! 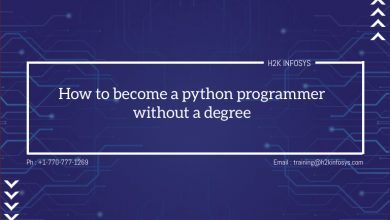 How to become a python programmer without a degree 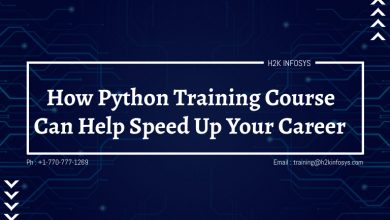 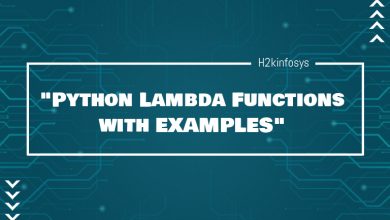 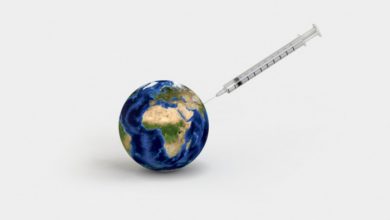