Artificial Intelligence (AI) is the ability of the machines to act and think like humans. It is the art of teaching the machines to learn rather than explicit programming. So, when companies are talking about AI, they are actually referring to Machine Learning. How are machines trained? Let’s say, for example, a machine has to recognize the dogs from images. The machine-learning algorithm has to be fed with numerous images of dogs of different breeds to teach the machine to recognize. For artificial intelligence certification online, we recommend H2K Infosys, a market leader in providing IT online training for learners across the globe.

What is Neural Networks?

Neural Networks (NN) is the type of technique used for Machine Learning. It is modeled like a human brain with multiple layers of artificial neurons that can learn from examples fed to them.

Let’s see what NN is all about. Traditional computer programming comprises logical statements such as if, and, or, so on. However, NN is modeled by training the network of neurons with data.

What is AI Training?

A NN has neurons ranging from a few dozens to millions of them, all arranged in layers. It has columns of neurons. On one side, it has input units arranged in layers. These are designed to receive information which needs to be processed. On the other side, the output is generated by the other column of neurons. Between the two columns of neurons is sandwiched another hidden column of units which does the processing part and sends it to the output column.

These units are attached to weights. These weights can be either positive or negative. The weights are positive if the information is relevant to the task. The higher the weight the more influence it enforces on other units.

How does the NN learn?

When the information flows into the NN, as the new training image is introduced from the left, this is multiplied by the weights of the connections as it travels through the network. Once it reaches the threshold of influence, the information is carried forward to its counterpart on the right.

What is AI Inference?

This is relatively easier. Let’s continue with the dog example. If a new image of a dog is introduced that the NN has never learned before, it has to infer where to categorize the image.

Enroll for an artificial intelligence training program www.h2kinfosys.com for a well-rounded knowledge of various AI techniques.

Is OOP Really Going Away? 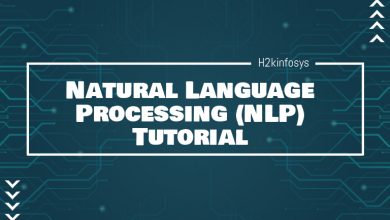 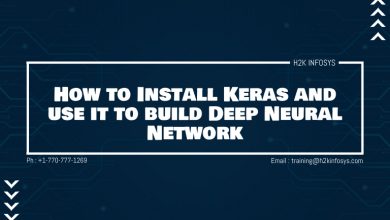 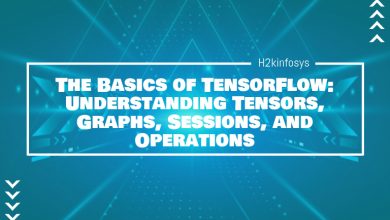 The Basics of TensorFlow: Understanding Tensors, Graphs, Sessions, and Operations 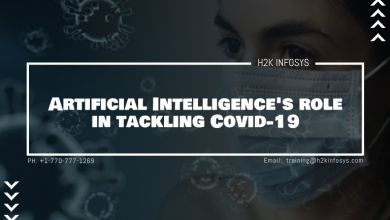