Every language makes your career flourishing particularly if you learn java. Besides, professional developers wanted themselves to get an update to the new platforms to boost their careers. Why does everyone feel java has more benefits since it can construct applications for numerous platforms.

Without java installation, a lot of applications and websites aren’t able to work. Although java has more features because of its speedy, dependable, and secure process. These features enhance an individual to learn java to shine in their career.

Everything can be done in java

In the world of the modern computing field, java allows you to do everything. For creating a graphical interface JavaFX is a modern solution. This type of language has been created by the openFX community.

Learning languages is not going to be easy, you need to work harder, once you know the technique in java you can be a good programmer. There are many online sites available to learn java coding.

Many online tutorials portals are available where you can clear your doubts when you get stuck in the language. By seeing java from a technical point of view it is really simple since it is a commanding language and also objects oriented. In most of the company these two models are used, yet also the simplest one to master for freshers.

In the fast-growing world to know the popularity of languages several methodologies are carried out. Even though a lot of methods exist, TIOBE is taken as a reference.

Java has been used by various companies; likewise, top universities are conducting java courses for their students. Once you have gone well-skilled then you can easily apply for developers’ roles in the company or can become freelance for java development assignments.

Java is the most important language in the computerized world, the coding is a little logical because java is a huge-popular and open-source language.

When you do projects in java if you face any kind of issue, java gives you a wide choice of code libraries. This strong community makes the java developers handle the tools just for free such as IDEs, applications servers or dependency managers

In 2018 oracle has announced that JDK will be a paid version for a professional who uses it in the production part. This throws everyone in a confused state that java has become a paid service. Oracle splits the JDK into two propositions Oracle JDK and Oracle open JDK.

The Oracle JDK is used in the testing field but an individual has to pay to use it in the production, while OpenJDK is cost-free and it can be used in any environment. As long as you use oracle OpenJDK java remains free for open source fields. This fact shows java is free and in the future, it plays a stronger role in the computing environment.

Acts as an execution platform for JVM

Scala, Groovy, or Kotlin are taken out in the popular list. The JVM execution portal helps to improvise the java language. Koltin has a bright future since many companies choose the language for the android operating system.

Java is the Cobol of the 21st century

Everyone gets a thought on how to learn java and why it is important in cooperative fields. We are growing in the 21 century. Every individual has to gain knowledge in java languages.

This language is stated as Cobol of the 21st century hence COBOL is one of the popular languages in 1959 mainly it is used in banks and insurance companies. By learning Java, you can easily reach up to higher careers.

If you want to learn Java in the current year, you can easily enter the world of JVM. This process is very fast. Don’t believe the facts that java is a slow to level language compared to the c and C++, at first java were a little slow, to keep their promises.

java platforms have undergone some concessions and then the virtual platform of JVM has been created to speed up the programming services. To take the programming platform to the next step, the JIT compiler is a complete marvel that improves the performance of java.

During the end of the sun microsystem, its sovereignty as ahead of JDK at that time Java was significantly slowed down. But it took a long time to build a java language in a better way.

In that case java 6 and java 9 existed. Every 6 months you can find a new version of java with new features and make the programming services in a faster way. With the releases of java 9 in 2017, oracles have kept up his footstep, java to develop fast and responds more quickly to the developer’s expectations.

The JDK used in java programming languages gives an extremely rich standard API for developers. You can easily create a graphical interface for your desktops with AWT or Swing.

As we are moving into the 2020-year, Java’s importance will reach enormous heights, this language will be a larger asset to your career. The advantages of java are being versatile, because of its executing platforms the famous JVM is extremely powerful that gives you the possibility to create high performance and scalable programs.

How does Waterfall Methodology work

What is JAVA? What are the Features of JAVA? 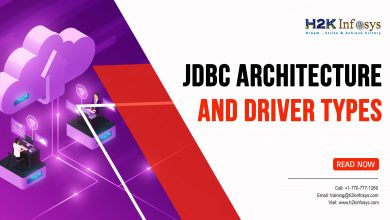 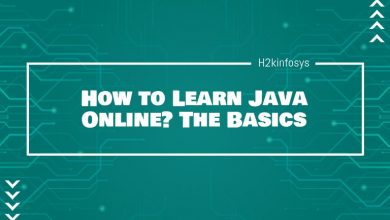 How to Learn Java Online? The Basics 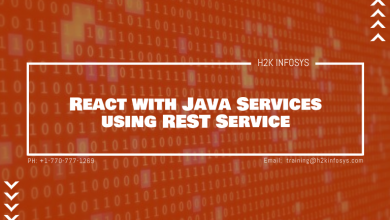