Python is an open-source programming language that is used by the largest community worldwide. It is also used by several companies to gain a plethora of advantages it brings into play. The trend of learning python online is becoming very popular and let us look at why Python is necessary for a programmer.

Machine learning is gaining importance like never before. Python uses the algorithms and learns the patterns and based on that, and it recreates the same job if the conditions are met. If you are looking to gain the advantage of machine learning, then Python is necessary.

The demand for data scientists is growing in the corporate world since the scope of data science is increasing. Data science is one of the significant reasons many developers are jumping to learn Python. Python provides handy libraries and frameworks to make the machine learning process more comfortable. The other reason to opt Python is because of the diversity it provides.

Simplicity is the reason many learners choose Python if they are new to programming languages. It is very straightforward for learning as well as starting coding. Due to this reason, we can see many people enrolling for python programming training these days. Additionally, you won’t get any problem with the initial setup.

The number of people in the user community plays a significant role in getting a newer version and providing new features. And you can’t see any smaller number of users when it comes to Python. Adding to this, it allows the users to communicate with the other programmers and clarify the issues they encounter. These open forums open ups a lot of possibilities for learning.

Java and Python share one significant similarity, due to which many people are opting for these languages. The most significant advantage is the availability of numerous open-source supply frameworks and libraries to try and excel. It makes the developer concentrate on building the logic rather than worrying about other things. Pythons provide various libraries for various needs of the developer. The most loved Flask, Django, and other famous tools are available for developers.

Robotics and Process Automation (RPA) is what has been ruling many corporations in the last couple of years. When it comes to automating the jobs and writing & running the scripts, Python provides a lot of versatility. Due to this reason, many developers want to learn python online and make their automation process easy.

The availability of proper previous developments is the main reason for opting for Python. It aids the developers to develop great web-based applications with numerous frameworks and libraries, including Flask and Django. You can see the big difference in terms of saving your time in Python compared to PHP. The job which takes hours in PHP will be completed within a few minutes in Python. Along with this, it also used plenty of web scrapping tasks.

It is not that without any reason, experts are advocating to enroll for the best python software course. When it comes to career development and getting a high salary, learning Python makes a lot of sense. It is not only getting overwhelming demand in the current market but also the future looks too bright. One can tell the era of distal and web applications has just started. Even though the advantages were numerous companies were happy with the traditional approach. But the pandemic compelled businesses to go online. And once companies adapt to the new environment, no will try to miss the benefits it gives. Additionally, artificial intelligence, automation, machine learning all is relatively new, and also it can boom in the next 4-5 years.

With the increased demand, and forecasting the future, the Python developers are expected to get a very good pay scale. Python professionals are amongst the high paid employees in data science, web development, and machine learning. You can see the pay scale for a Python professional starts from 70,000 USD to 150,000USD annually, depending on the expertise level, domain, and location. After seeing all these benefits, it is no brainer to opt for python programming training if you want to enrich your experience and career development.

Important Python Frameworks of the Future for Developers

What Should You Do After You've Completed a Tableau Training Program? 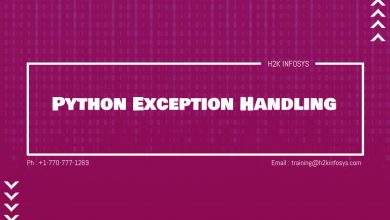 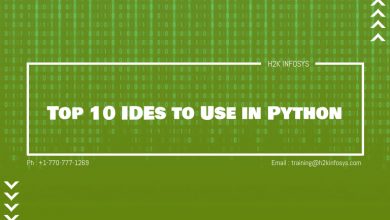 Top 10 IDEs to Use in Python 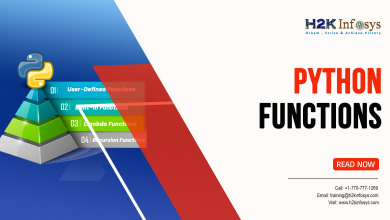