It specifies one part of a module. There is a collection of modules that completes a software application. When we discuss modularity-driven testing, it means specific testing of a particular module. It requires creating test scripts single for all individual modules, executing them, and validating its execution results. As the testing progresses, the individual modules are combined together to make a much bigger unit.

Test scripts modularity framework must have to be compelled to understand for creating scripts which may be represented either module or a function for any application under test. These modules are combined with the purpose of finalizing the complete application.

There is one main prominent drawback that’s less efficient than other frameworks like keyword and data-driven.

What is software Modularity?

The software modularity is often splitting of a program into smaller programs with the same standardized interface. Here the microservices even could also be a hot trend now and it’s essentially about the little modules which are ready to be built into a whole software package. This is to notify and also Netflix has the discussion on how they work with microservice architecture and also service oriented architecture. Software modularity has many shares similar definitions as hardware modularity, with a strategic way and functionally clean modules which have met the customer needs and share standardized interfaces. We basically allocate with different functions to software modules then can be implied to the text source code.

Why this could be important?

The software is visiting to be presenting for the customer values of the organization that wants too much faster in development stay further of any competition. With any modularity, we may secure product leadership with many modules which are developed quickly without being locked into a difficult web of other software functions. The second driver is hardware portability. This means we’d be ready to make a move for the software solution from one hardware supplier. Here the electronics like PCB’s consider an example that can reach end-of-life quickly and replace them. We can take advantage of upper and also cheaper hardware when it’s available.

This is the approach where all the test cases are analyzed first to be reusable flows are created as functions and stored in external files which are called within the first test scripts when required.

The modular pattern allows the permission for a very simpler and easier-to-follow road map then it rearranges the pieces of functionality into the software testing situations which may be shown in the sorted customer workflows. When we create a modular regression suite that takes time but at the tip of the business will have the entire list of functional areas together with combining points. In this pattern, software testing includes both writing and organizing tests which are extremely effective. Here are the function-specific tests that offer full application test coverage for all the regression testing as addition as a feature.

The modular division script allows maintenance very simpler and easier and scalability of the automated test scripts may well be independent to jot down.

Here the data is still hard-coded within the script; the identical action legal test case may not run for different data values without modifying the information after each run. 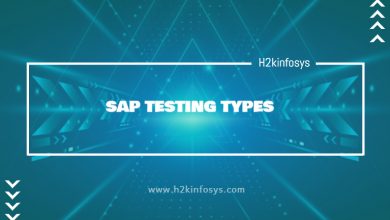