Python is one of the top programming languages used by a large community. It is highly readable, simple to learn, and easy to use. The key benefit of Python is it has syntax like English. So, being a programmer, you no need to worry about the writing structure and nitty-gritty while writing. This allows the developer to focus more on logic rather than on language. There is a plethora of python training online to learn and master coding. In this post, let us try to know more aspects of Python.

Guido Van Rossum, a Dutch programmer who wrote this language as a hobby way back in the 1980s. In the last three decades, it has taken many forms and is now established as one of the programming world’s polished languages. The first edition of Python was released in 1990.

Python has numerous attractive features that deserve praise. Since it provides cool features learning online during this pandemic time looks the best way to learn Python.

The syntax of Python is very similar to English. So, it is highly readable, and consequently, it provides additional handy features such as easy maintenance and reuse. It supports functional programming and Object-Oriented software paradigms.

It offers high productivity with the English like syntax and a dynamic way of writing. You no need to declare the variables, and Python code is smaller than other programming languages such as Java and C++. Thus, you are required to write very few lines, and it saves time and energy.  Additionally, Python doesn’t need linking and compiling.

Python is an interpreted language. As a result, the interpreter has to take care of the portability job. And the interpreter of Python is smart enough to execute the programs on multiple platforms to generate the same output. This offers the programmer not to change any line in the code and run on various platforms.

Preloaded and portable libraries are the best thing in Python. With this, you can get assistance whenever you need it.

Python is an Operation Support System. Hence, you can easily use it and alter the source code.

Many applications need interaction across various components to facilitate the end to end workflows. Python offers the integration of many components without more difficulties.

Python follows the OOP design. It offers an intuitive method of structuring the code, and if you understand the core concepts, you can harness most out of it. So, it is the best way to grow your career with the best online python course.

The reasons to learn Python.

Coding with Python feels like a fun time rather than the most irritating coding task with complex syntax. Here are some of the reasons that compel you to choose Python.

Python is one such language where you don’t need a deep understanding of programming languages to understand the syntax. It is more comfortable to read and reuse; consequently, you can concentrate on the logic rather than constructing the syntax.

While coding with Python, you no need to use specifiers to declare variables. You can declare the variables without stating any data types. Further, like in any other language, you do not need to use semicolons to mark the end of the statements.

Python comes with built-in Object-Oriented Programming (OOP). As a result, it offers a model that gets the solution with creating objects, binding data, and defining the relationship. With Python, building interfaces, using classes, and creating objects are easy, and it paves a way to become a professional developer. In Python, you can more easily understand the concept and implement than other languages.

If a problem creeps into the program debugging becomes one of the hardest things a programmer has to go through. But in Python debugging is powerful, and easy to find the defects using PyDebug, pdp, and pudp. These are the few advantages of Python, and you will get to know the ease of use and other benefits once you start using the platform. All you need to do is to find the best online python course to learn step by step and grow your expertise.

Difference Between Hadoop and SQL Performance

How to Get Agile Scrum Master Certification 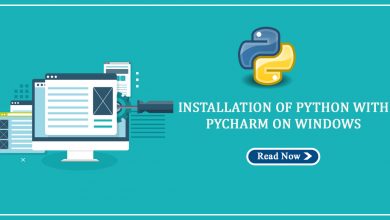 Installation of Python with PyCharm on Windows 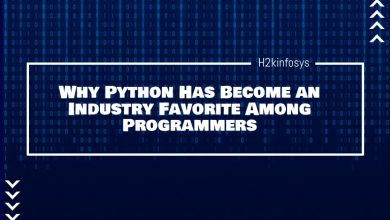 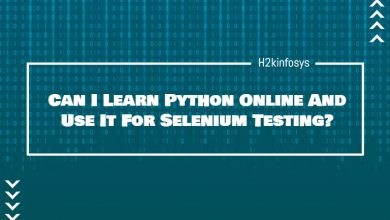 Can I Learn Python Online to Use It For Selenium Testing?